The ultimate goal of root canal therapy is to eliminate or prevent microorganisms from the root canal system and to prevent infections by well-sealed obturation 1-4. This can be achieved by a biomechanical preparation pursued by filling of the root canal completely so that bacteria cannot enter the root canal via the periapex or oral cavity 5. Microorganisms are the primary etiology for pulpal and periapical diseases 5-7. The use of root canal material such as; root canal sealer that demonstrates an antibacterial activity is important to decrease the remaining microorganisms count, preventing recurrent root canal infections, and help in the healing of periapical tissues 8. In addition, sealers should fill the gaps between the core material and the root canal wall, and ideally are capable of killing the bacteria that exist on the dentinal walls and inside the dentinal tubules. Advancements in root canal sealers can help in improving the success rate of endodontic therapy and are especially advantageous in clinical situations where there is persistent or recurrent infection 9.

Bioceramic sealers are ceramic materials that are made for dental and medical use 10. They include zirconia, alumina, glass ceramics, hydroxyapatite, bioactive glass, and calcium phosphates 11. Currently, bioceramic sealers are getting popularity as root canal sealers and root repair materials due to several advantages such as biocompatibility, high pH, no shrinkage, nonresorbable, ease of application in the root canal, and ability to enhance the strength of the root following obturation 12, 13.

Enterococcus faecalis (E.faecalis) is a gram-negative facultative anaerobic bacteria that is known to be resistant and associated with persistent periapical pathosis 14. It has the capacity to survive alone or with other different species in the root canal system 15. Parvimonas Micra (P.micra) is an obligate anaerobic bacteria and it has been isolated from symptomatic and asymptomatic primary infections, as well as from teeth with failed root canal treatment 16. Fusobacterium nucleatum (F.nucleatum) is a gram-negative obligate anaerobic species found more in necrotic pulp cases 17. Moreover, it is associated with severe forms of body reaction like swelling and fever 18. Villanueva in 2002 concluded that F.nucleatum has an association with severe forms of interappointment endodontic flare-ups 19. There was limited literature on the antibacterial effect of different endodontic sealers on some obligate anaerobic bacteria especially the ones associated with primary endodontic infection.

Agar diffusion test (ADT) using Muller Hinton agar (Himedia Laboratories, Mumbai, India) was used with facultative anaerobic bacteria E.faecalis and Tryptic soy agar with the obligate anaerobic bacteria (Prevotella intermedia, Fusobacterium nucleatum, and Parvimonas micra) for better results. The test was done in the microbiology laboratory. E.faecalis was cultured in the lab for 24 hours; a swab was taken from the cultured bacteria and spread over a Muller Hinton Agar plate. The obligate anaerobic bacteria were cultured in tubes containing chopped meat media and were incubated at 37oC for 5 days. Each type of obligate anaerobic bacteria was swabbed from its tube and spread on separate Tryptic soy plates, then incubated at 37oC for 24 hours using a tight seal glass jar container containing anaerogen 2.5L sachets (ThermoFisher, Waltham, USA) to allow for anaerobic growth. After 24 hours of culturing, the agar plates (Tryptic soy and Muller Hinton) were divided into 4 sections evenly in each section 5mm2 diameter and 4mm depth punch created by a sterile circle plastic piece. The tested sealers were mixed according to the manufacturer's instructions with strong compliance to the antiseptic measures. The mixed sealers were placed to fill the plate holes; the test was repeated four times for each sealer. The diameters of the inhibition zone of each sealer were measured by millimeters using a ruler after 1, 2, 5, and 7 days of incubation.

The mean values of the antibacterial inhibition diameter were analyzed using a two-way ANOVA and a post hoc test. Statistical analysis was performed using SPSS software version no.22 with the significance level set to α = 0.05.

In obligate anaerobic bacteria F.nucleatum, P.intermedia, and P.micra, Tubli-seal and MTA fillapex showed significantly (p<0.05) high activity in the first 48 hours compared to BC sealer and AH plus. While Tubli-seal activity remained the same in 5 and 7 days, MTA Fillapex presented with a significant increase (p<0.05) in 5 and 7 days (Fig 2). BC sealer presented low activity against obligate anaerobic bacteria while AH plus showed no activity.

The key point of root canal treatment success is sterilizing the root canal system from microorganisms 20, achieving sterilized root canals is challenging with the use of existing endodontic disinfection measures. Therefore, development in the antibacterial properties of obturation materials can improve bacterial elimination and hence, increase the success 21. Numerous types of microorganisms were reported to cause primary and secondary endodontic infections 17, 22. In necrotic pulp cases, anaerobic bacteria might be well-suited to survive and produce their endotoxins in the root canal system due to the limitation of oxygen and blood circulation. This was the main reason for bacterial selection in the present study.

The antibacterial activity of these sealers was measured using the agar diffusion test (ADT). ADT is a frequently-used test to assess antibacterial activity, probably due to the simplicity in performance. Nevertheless, ADT has some disadvantages; for example, it is highly influenced by the ability of diffusion of the tested material, more diffusion could lead to larger inhibition zone, which might not represent a high bactericidal activity 23. However, in the clinical setting, endodontic sealers have a diffusion ability that is contributed to their antimicrobial efficacy against buried microorganisms beneath the smear layer formed after the instrumentation process 24. Thus, ADT is still an option for evaluating antimicrobial activity.

In the present study, four commonly-used endodontic sealers were tested. ADT showed that the AH Plus sealer has the highest antimicrobial activity against facultative anaerobic E.faecalis. This finding can be explained by the existence of antimicrobial components in epoxy resin of the sealer 25 followed by the Endosequence BC sealer. AH Plus and Endosequence BC showed relatively no inhibition zone against those strict anaerobic bacteria and Tubli-seal did not show any inhibition zone against E.faecalis. These results are in contrast with another study 26. Regarding obligate anaerobic bacteria (F.nucleatum, P.intermedia, and P.micra) the results showed that they were strongly inhibited by MTA Fillapex followed by Tubil-seal. Although earlier results found Tubli-seal to pose higher inhibition zone compared to MTA Fillapex, the later doubled its inhibition zone after 48h. This can be explained by the high pH and calcium ions' release in the MTA Fillapex setting.

AH plus sealer is a resin-based sealer and has a good antimicrobial activity especially when it is in a freshly mixed and before complete setting, this could be due to the flow properties of this sealer 27. In the current study, there was an increase in the inhibition zone of AH plus against E.faecalis from 24h to 7 days. The presence of bisphenol A diglycidyl ether contributes to the antibacterial property of AH Plus and can lead to the growth depression of E.faecalis and F.nucleatum 28.

MTA Fillapex showed a great antibacterial effect against all examined anaerobic bacteria. It is composed of MTA, resin, bismuth oxide, and silica and is characterized by pH as high as 9.68 29, which can help in tissue mineralization process and antimicrobial efficacy 30. In addition to the high pH, MTA Fillapex leaches calcium ions after setting, which annex to its antimicrobial activity 31 and explain the late increase in the antibacterial effectiveness.

Tubli-seal EWT sealer is one of the Zinc oxide eugenol-based sealers that has a long history of usage. In this present study, it showed a low antimicrobial effect on E.faecalis, which coincides with other studies 26, 32. However, against the obligate anaerobic bacteria, Tubli-seal showed a high inhibition zone that was constant from 24 hours to 7 days. Similar results were reported earlier 5.

In our study, endosequence bioceramic sealer came second to AH plus in the inhibition zone dimension against E.faecalis in 24 hours. The reason for this result could be related to the inability of the sealer to permit into the agar, which is in line with another study 26. Candeiro et al. tested the BC sealer earlier in a different model (direct contact test) and reached to the same antibacterial results against E.faecalis in comparison to AH plus 33. While in another study by Willershausen et al., 2011 BC sealer showed no antibacterial effect against E.faecalis and P.micra 16.

The authors thank King Saud University, College of Dentistry Research Center (CDRC) for their support in conducting the study (IR0288) 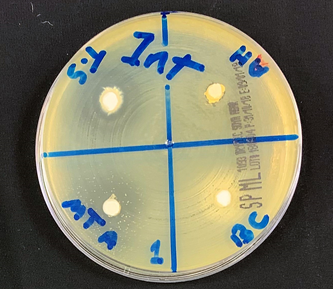 Table 1. Mean ± SD of Agar diffusion test readings regarding the antibacterial effects of AH Plus, MTA Fillapex, BC sealer, and Tubli-seal sealers at different times