Knowledge And Awareness Of The Systemic Conditions And Oral Health Association

Introduction: Dental problems constitute the most among the majority of the world's population and its association with general medical health cannot be ignored. It is imperative for the medically compromised patients to take additional care of their oral cavity, which is generally ignored during the course of their treatment.

Materials and Methods: This is a cross sectional study, which involved the utilization of a closed ended questionnaire. Data collection was done as a combination of electronic. Paper survey Google forms were used among the general public to construct the electronic survey. All male and females above 18 years old were recruited. Collected data was analyzed  using SPSS version 19.

Conclusion: Males showed a better level of knowledge as compared to females. Patients having a family member with or without a systemic condition showed varying responses; therefore, no distinctive association was discovered among these groups.

Health plays a critical role in determining the quality of any person's life, which includes general as well as oral health. Dental problems constitute the most among the majority of the world's population and its association with general medical health cannot be ignored 1-4. The medically compromised patients must take additional care of their oral cavity, which is generally ignored during their treatment. Chronic medical conditions including diabetes and obesity have been linked with poor oral health 5-7.

Oral health serves as the most important determinant of health, which is of great concern among the middle as well as low socio-economic sectors. In support of the above-mentioned information regarding the quality of life, chronic oral diseases prominently affect this. Furthermore, oral health is seen to be poor among patients having chronic medical conditions 8, 9.

Sohn & Rowe (2015) investigated the attitudes of medically compromised patients' parents, which revealed that the overall awareness was on the lower side 10. These attitudes were comparatively better among the parents of healthy children. Pregnancy is also associated with compromised oral health, which is evident in multiple studies. It is highly imperative to educate these groups of individuals as the levels of knowledge and attitudes below 11.

Patients with chronic liver disease are also known to be associated with having poor periodontal health. This is more commonly found in patients having a non-alcoholic fatty liver 12, 13. Similarly, patients with asthma have been associated with poor oral health due to the constant use of steroidal inhalers. Therefore, it is essential to educate such patients as their overall health-related behavior is unsatisfactory 14, 15.

Cardiovascular diseases have also been rumored to be linked with poor oral health, more specifically periodontal disease. However, Goulart et al (2017) revealed that this association was not proven when investigated a group of Brazilian patients 16. However, patients with tuberculosis were found to have poor oral health, mainly due to their association with malnutrition 17.

It is evident from the previous studies that even though the general public is aware of the association of systemic diseases with oral health, still the prevalence of poor oral health continues to be high. This has been observed when the cardiovascular disease was associated with poor oral health and people’s perception was inquired 18. On the other hand, obesity and oral health have also been linked together and the knowledge among the people was found to be on the satisfactory side 19. Whereas, knowledge of diabetes and oral health was also found to be satisfactory among the Pakistani population 20.

Aims of the study:

This is a cross-sectional study, which involved the utilization of a closed-ended questionnaire. Data collection was done as a combination of electronic and paper surveys. Google forms were used to construct the electronic survey and distribute it among the general public. The questions included points related to the demographics, association of several systemic conditions with oral health including cardiac disease, diabetes, asthma, liver disease, and pregnancy. Data encoding was done giving the following values to responses when inquired about the above-mentioned systemic conditions:

Mean scores were being calculated for each association and mentioned in table 1. Convenient sampling was done. The sample size was decided to be a minimum of 1000, but we were able to achieve 2234 surveys filled by the participants.

All males and females above 18 years of age were recruited in this study.

Collected data were subjected to analysis using SPSS version 19. Descriptive as well as inferential statistics were conducted using the Chi-square test with the value of significance kept under 0.05.

Further descriptive statistics showed that 64% of the participants reported having a family member having a systemic condition, 55% of them believed that there is an association of systemic conditions with oral health, 56% reported that the concerned physician is responsible to maintain the oral health of the patient. The mean scores of associations of cardiac diseases with oral health came out to be 1.18, for diabetes 2.13, for asthma 0.64, for liver disease 0.68, and pregnancy 1.74 (Table 1).

We also compared our survey results based on age groups (Table 3), which reported that the younger age group (18-30 years) showed a higher inclination towards cardiac diseases (21%), diabetes (65%), and liver disease (21%) being strongly associated with effecting the oral health (p-values: 0.000, 0.005 and 0.000 respectively). The oldest age group (60+) believed asthma to be strongly associated with oral health as compared to other age groups (p-value: 0.002). As far as pregnancy and oral health is concerned, (31-45) years old study participants believed that there is a strong association between them (p-value 0.045). 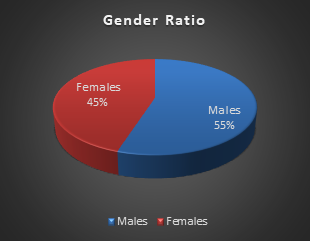 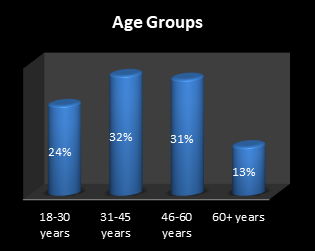 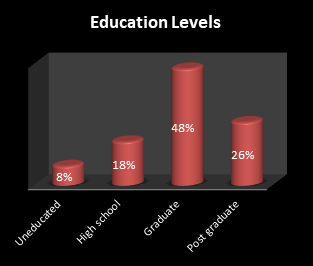 Table 1: Descriptive presentation of the responses from survey items

Table 2: Comparison of survey responses based on gender

Table 4: Survey response comparison based on family members having or not having any systemic conditions

This study aimed to assess the Saudi public’s knowledge regarding the association of systemic conditions with oral health. We were able to find significant comparisons among the study groups based on their responses to the survey. We divided the sample into further subgroups according to their age, gender, educational levels, and having or not having a family member with a systemic condition. Diabetes mellitus is known to have a strong association with oral health, which was elaborated by Jin et al (2016) 21. According to them, 69% of the patients with diabetes showed poor oral health, which was reported by our study findings with the majority of the public being aware of this important association.

According to our study results (section 4), there is a healthy percentage of participants who are unaware of the strong association between systemic conditions and their effect on oral health. Similar findings were reported by Catteau et al (2016) when the study participants revealed a poor level of knowledge regarding the association of systemic conditions with oral health, especially in old, aged patients 22.

Our study results have elaborated significant comparisons of the survey items based on gender, age, and participants having family members with or without systemic conditions (section 4). Their knowledge was compared, and it was found that all study groups exhibited a varying level of knowledge when it came to systemic health and its association with oral health. As far as gender was concerned, male participants slightly edged over the females when inquired about the above-mentioned association. However, these differences were statistically significant apart from the questions related to asthma and liver disease.

According to Mawardi, Elbadawi & Sonis (2015), it is the responsibility of both the dentist and the physician to maintain the oral health of their patients having systemic conditions 23. This is also found in our results as the majority of the participants voted in the favor of concerned physicians who should be careful when treating their patients having a certain systemic condition. Furthermore, the association of the cardiovascular disease with oral health cannot be ignored. Kjellstrom et al (2016) reported the above-mentioned association, which was not very well-acknowledged by the study participants of our investigation 24. It can be noted from our findings that the mean score was on the lower side when inquired about this association section 4).

There is a scope of improvement in this study if we acquire information from the patients having systemic conditions. Their input would give this study a great deal of variation and uniqueness.

In conclusion, overall knowledge of the study participants regarding the association of systemic conditions with oral health, males showed a better level of knowledge as compared to females, younger age group participants had a better insight of this association as compared to middle-aged patients, patients having a family member with or without a systemic condition showed varying responses; therefore, no distinctive association was discovered among these groups.