Understanding the anatomy of the human body is the basis of medicine and surgery and is a very crucial component in the education of aspiring doctors and surgeons all over the world 1, 2. From the time, the memorial various parts of the world have evolved various techniques to understand the intricacies of human anatomy. History suggests that one of the most ancient practices to preserve the dead was in Egypt around 4000 BCE. Ancient Egyptians believed in an afterlife and used mummification or technique of embalming dead bodies with chemicals to preserve the dead bodies.3 The ancient Indians believed in the sanctity of the human body after death and shunned the use of a knife on the dead. However, Sushruta who is inarguably one of the first surgeons, in 1000 BCE devised a method to overcome this barrier in understanding human anatomy. He devised a technique by which the dead body was decomposed in water for seven days and then the layers of skin were removed using an abrasive broom hence, allowing the study of anatomy.3 Around 300 BCE Herophilus of Alexandria is one of the first to dissect cadavers to understand anatomy and thereafter various great names like Galen and Vesalius have made significant breakthroughs in understanding the human body. The main drawback was the lack of recordkeeping as the body usually became decomposed soon. In around 1867 formalin had begun to revolutionize dissection methodologies as it helped in the fixation of dead bodies.4 However, fixation in formalin is hazardous and cumbersome, leading to the continual search for the ultimate fixative. Nowadays formalin is used as a fixative for histology 5-7.

The uses of plastination are numerous and include long term preservation of cadavers and organs for teaching, demonstration and research purposes, hence reducing the shortage for cadavers and circumventing ethical issues that involve the sacrifice of live animals.9, 10 Plastination methods may provide a safer, cheaper and better method of preservation of organs and tissues for medical education.9 Plastinated specimens can also serve as hands-on tools for students practicing dissections and other minor clinical and surgical procedures. This method is classroom friendly and reduces the need for usage of gloves, eliminates the need for the hazardous formalin and huge expensive glass jars. In several institutions presently plastination libraries have provided clean and odorless teaching and research specimens. Plastinated sections act as a guide for computerized axial tomography (CAT) scans, MRI and ultrasound techniques and provide a three dimensional perspective of normal anatomy and its variations. Last but not the least the plastinated specimens may also serve as a forensic tool for presenting evidence in the court.11

Pre-plastination procedure: A common method of fixing and defatting the specimen was done before the actual plastination procedure. The specimens selected for sheet plastination were reduced to a thickness of 1 mm and cleaned with mild detergent and hydrogen peroxide to remove all debris and blood. Later, the specimens are immersed in the special plastination preservative made for 24 hours. Progressive dehydration was then done using various grades of alcohol following which the tissues are immersed in acetone for 24 hours for complete removal of the fat content of the tissue. The tissue is then dried and four different methods were adopted to test the efficiency of the various methods.

In this method, the resin and catalyst were mixed in a 1:1 ratio and the specimen is embedded into this medium before its sets. This mixture has a very short setting time of 4-5 minutes. figure 2 and figure 3 .

Both these types are most commonly used in the plastic industry as these resins become very hard on the setting. These resins are available as base and accelerator; both in a liquid form. On adding the accelerator to the base in adequate quantity, a chemical reaction converts it into a hard material. The quantity of the accelerator added determines the working time and the setting time of the resin. In both the methods, the specimens were kept immersed in the base liquid in a covered glass vessel for around two weeks so that the liquid adequately penetrates the tissues. During this time, the tissue is compressed using a metal instrument with gentle pressure to facilitate better penetration of the resin into the tissues. In the initial days, air bubbles are seen to emerge from the tissue, however, regular compression reduces it in later days. The tissues can be considered ready for embedding in the resin once negligible or no air bubbles emerge. The specimen is then assembled in the glass plastination box. A separate glass bowl is taken and the resin base is poured following which an accelerator is added and stirred well in the ratio of 100:1 (base: catalyst). Setting time of about 6-7 minutes is available once the resin and catalyst are mixed. Once the base and accelerator are mixed, it is immediately poured from only one side as pouring from multiple sides can cause air bubbles to form on the underside of the tissue. The mix is poured till the tissue is completely covered with an excess of approximately 2-3 mm. The labeling is subsequently added as the mix begins to harden so that the labeling paper strips do not sink in the thin resin. Allow the resin to set completely overnight. The set specimen is then polished and can be displayed in the oral pathology museum as an educational aid.

Using dissolved plastic cups as a plastination medium obtained dissatisfactory results as it produced sticky specimens that showed signs of decay after a few days. The tissue also began to show signs of shrinkage and within a few days, it had a wrinkled appearance. Using plastic cup plastination medium it is not possible to do sheet plastination. In this method only whole organ plastination is possible; however, the quality of the plastinated specimen shows deterioration with time. Though this method can be used for harder structures like the tooth it is not ideal for the soft tissues of the oral cavity. The remaining three plastination methods we decided to do sheet plastination as it showed more longevity as it is less affected by the atmosphere.

The remaining three methods use epoxy resin, polyester resin (GP resin) and polyester diecast resin. The epoxy resin we obtained commercially was in the trade name Araldite which is commonly used as a luting medium in glassworks. This resin is available in paste form as base and catalyst which were mixed in equal proportions for plastination. This resin gives a very short setting time which allows minimum time to embed the specimen in the medium properly. The resin is also very difficult to use and shows a lot of air bubbles following the setting. This resin has not been used in any study previously and its results were unsatisfactory as the specimen was not visible in the following embedding due to the air bubbles formed.

The polyester resin or the general purpose (GP) resin and the polyester die-cast resin are both available commercially in the markets and they are commonly used in the plastic industry and the manufacture of helmets as these resins become very hard on the setting. These resins are also available as base and accelerator; both in a liquid form of which the base is a thick, viscous liquid and the accelerator is watery inconsistency. On adding the accelerator to the base in adequate quantity, a chemical reaction converts it into a hard material. The quantity of the accelerator added determines the working time and the setting time of the resin. Both the resins following sheet plastination obtained good specimens of which the polyester die-cast resin was clearer. Both the resins have equal hardness; however, the advantage of using die-cast polyester resin over the general-purpose resin is that diecast resin is completely transparent whereas GP resin is slightly yellowish-brown. The die-cast resin also showed lesser air bubbles compared to using GP resin.

The use of plastination is increasing, due to its many advantages. The high costs of the plastination technique have left most of the developing and the underdeveloped countries and its medical fraternity away from its benefits. These low-cost indigenous procedures can be easily done and provide a viable teaching aid for the students. 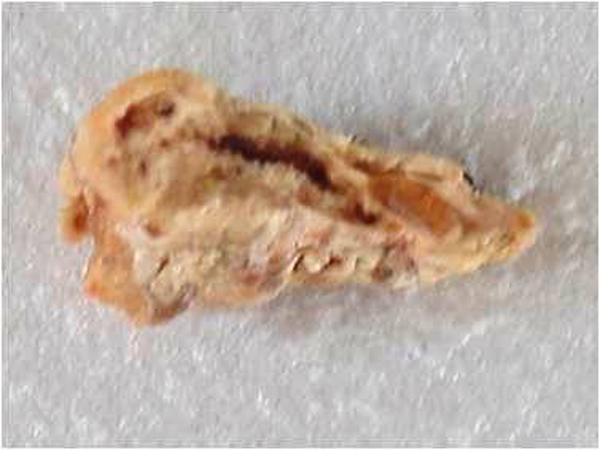 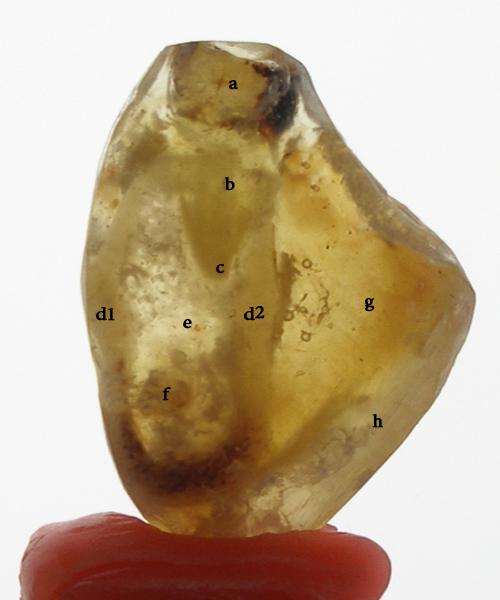 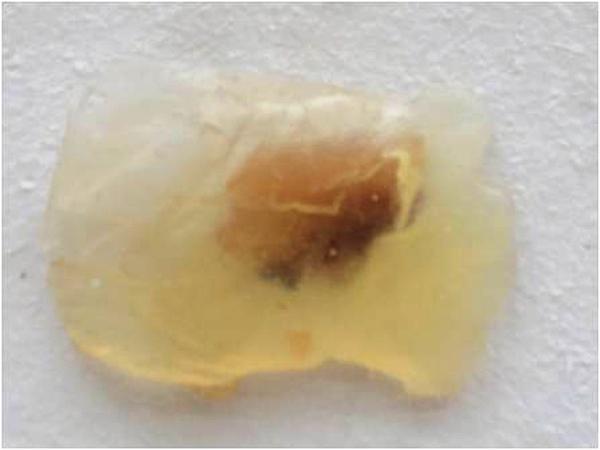 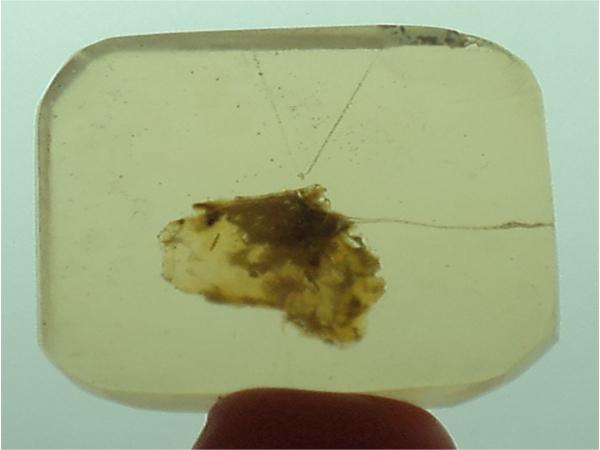 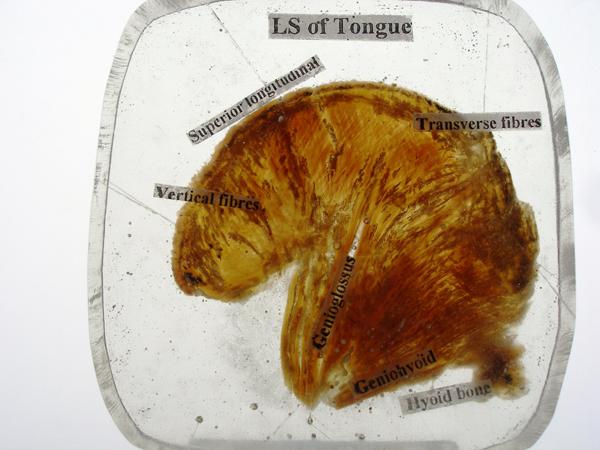