In Vitro Evaluation of Ionized Water as a Potential Endodontic Irrigant

Irrigation plays a critical part in the course of endodontic treatment, and different irrigant solutions have different methods of action; hence, they have various indications of usage 1, 2. An ideal irrigation solution would be one that would aid in flushing debris, lubricating canals, dissolving organic and inorganic tissue, removes smear layer, has a strong antimicrobial effect and the ability to deactivate endotoxins, and is non-toxic 3. Unfortunately, to date, this ideal irrigant does not exist. For many years, sodium hypochlorite has been the most-used irrigation solution in endodontic therapy due to its antimicrobial effect and its ability to dissolve organic tissue 4, 5. Although sodium hypochlorite exhibits beneficial features in endodontic therapy, it is still a toxic solution 6. Hydrogen peroxide, sometimes used in household bleach, has also been used as an endodontic irrigant; its main advantage is the bubbling effect that causes disruption of the debris and the release of nascent oxygen producing a germicidal activity mainly against anaerobic organisms 7. However, the major disadvantage is that this agent does not dissolve tissue 8. Anosteralyth and Neutrosteralyth (AQUIS GmbH, Marburg, Germany) are both ionized water solutions used for wound irrigation. According to the manufacturer, they are electrochemically activated water. In an in vitro study conducted by the manufacturer, they found a reduction of species including resistant Staphylococcus aureus and Candida albicans by six log levels. This study aimed to investigate the effectiveness of electrochemically-activated water as an endodontic irrigant solution in terms of its antibacterial effectiveness and tissue dissolution ability and compare it to different hydrogen peroxide and sodium hypochlorite solutions. Table-1 shows the ten irrigation solutions used in this study.

Ten irrigation solutions were investigated under in vitro settings for their antibacterial and tissue dissolution abilities. A summary of the solutions used is presented in Table-1.

Enterococcus faecalis isolates (E. faecalis ATCC- 29212) were used in this study. Agar diffusion test was used to measure the inhibition zone of the bacterial growth and 100 sterile Petri dishes (Oxoid England) were divided over ten groups each containing ten samples. The E. faecalis bacteria were spread on brain heart infusion (BHI) using a sterile swab and incubated at 37°C for 24h. Each sterile Petri dish was immersed in the corresponding irrigation solution then mounted over the center of the agar plate. Measurement of the inhibition zone in each sample was recorded at 24 h and 48 h using a ruler. The experiment was carried under rigorous aseptic conditions 9.

‏Fresh bovine muscular tissue was prepared by Slider machine (Minerva Omega, Italy) and modified for standardization purposes using a surgical scalpel blade No.11 (Swann-Morton, England). A hundred tissue samples were prepared and kept in a 100% humidity refrigerator. Handling the specimen was done with a tweezer (Hawe-Neos No 820) and the weight was measured using an electronic weighing device (RADWAG, Wegi Electroniczne, PS 1000/C/2). The mean preoperative weight of each sample was 0.4 grams, (SD= 0.1 g). Each tissue sample was placed in an individual medicine cup then 20 ml of the corresponding irrigation solution was applied using a plastic syringe (BU KWANG, Korea). Samples’ weights were recorded after 30, 60, and 90 minutes, and then after 8 and 24 hours. Before weighing, all pieces were blotted on a filter paper. The trial continued for the undissolved tissue until it was deemed to be dissolved or for 12 days if 24 h tissue dissolution was not achieved 10. All experiments were conducted at room temperature.

One-way ANOVA followed by a multiple comparison Tukey’s test was utilized for the comparison of the mean values of different irrigation solutions. A p-values < 0.05 was deemed significant.

To the best of our knowledge, no previous study has evaluated the potential use of Anosteralyth and/or Neutrosteralyth (AQUIS GmbH, Marburg, Germany) as endodontic irrigants. They are both electrochemically activated “ionized” water solutions and their use was suggested for wound irrigation because they are bactericidal and biocompatible with the tissues. This study aimed to evaluate their dissolution and antimicrobial efficacy against endodontic microbes in comparison to different brands of household bleach.

Generally, using electro-chemically activated water as an endodontic irrigation solution has been proposed many years ago. Lata et al. in 2016 investigated the antimicrobial effect of Electro-Chemically Activated water (ECA) against E. faecalis and found comparable results to sodium hypochlorite solution. They concluded that ECA water could be used as root canal irrigant, which is in agreement with our results 11. Another recent in vitro study evaluated the antibacterial efficacy of two different electrochemically activated solutions produced by two different devices; Envirolyte® (ECA-EN) and Medilox® (ECA-MX) in root canals inoculated with E. faecalis for 4 weeks. The results showed that Envirolyte® (ECA-EN) was more effective than Medilox® (ECA-MX) and was also comparable to 2.5% NaOCl in the elimination of E. faecalis. Therefore, it was proposed that ionized water could serve as an alternative endodontic irrigant 12. Interestingly, electrolyzed saline demonstrated a significant capability in smear layer removal 13 or even greater efficacy in the cleaning of root canal surfaces over sodium hypochlorite 14. Another study agreed with the previously mentioned investigations and found that the use of ECA resulted in a slight reduction in the number of obligate anaerobic and facultative bacteria within the root canal system, but this was not statistically significant in comparison to sodium hypochlorite 15. Overall, the assessment of the ionized water efficacy against oral bacteria has been evaluated in numerous studies. One study reported that electrolyzed tap water inhibited the growth of several aerobic and anaerobic salivary and periodontal bacteria and suggested its use as a mouthwash for daily oral hygiene and toothbrush disinfection 16.

The tissue dissolution effect is a favorable property in any irrigation solution. It fulfills the requirement of an ideal endodontic irrigant 1, 3. It was investigated in the present study using pieces of bovine muscular tissue, although the rate of dissolution might not be similar to the human pulpal tissue, such an effect can be explored among the solutions. This method has been used previously in a classic study by Hasselgren et al. using porcine muscular tissue 10. It gives an overall idea of the dissolution capacity of tested solutions. In this study, there was no dissolution effect observed in the Neutrosteralyth and Anosteralyth groups at all time intervals compared to the sodium hypochlorite groups. Similarly, in a study the dissolution of bovine pulp tissue by one type of electro-chemically activated solution, branded as “HealOzone, Aquatine Alpha Electrolyte®” was investigated 20. It was found that only sodium hypochlorite was able to dissolve the bovine pulp tissue while HealOzone did not. Furthermore, the only solutions in the present study that showed a significant dissolution effect over time were sodium hypochlorite-containing solutions despite its type. This finding is in line with the study by Jungbluth et al., which found a similar dissolution ability among different brands of household bleach compared to dental sodium hypochlorite solution 4.

It is well known that some microorganisms are markedly resistant to being eradicated by commonly used antibacterial solutions. In failed root canal treatment cases, E. faecalis is considered one of the most commonly isolated microorganisms that display resistance to elimination 21. Several virulence factors grant E. faecalis the ability to persist as a pathogen in the root-filled canals 22. Therefore, E. faecalis was selected to be the tested microorganism using the agar diffusion method for antimicrobial assessment. Despite the limitation of this technique, it enables the simple and direct assessment of the antimicrobial effect and allows direct comparison between different experimental solutions against selected organisms. However, evaluating the antimicrobial effect of irrigation solution on planktonic cells might not represent its effectiveness as in vivo conditions. Therefore, further laboratory and clinical investigations are required to evaluate these possible irrigants before recommending their usage as root canal irrigants.

Within the limitations of the present in vitro study, it can be concluded that ionized water has potential use as endodontic irrigant since it possesses a great antimicrobial effect, however, it lacks the dissolution ability. Further improvements are needed on such solutions to optimize their usability in the endodontic irrigation field.

Table 1: List of all irrigation solutions used in the study and their producing companies

Figure 1: The mean and standard deviation of the inhibition zones in cm of each irrigation solution at 24 and 48 hours. 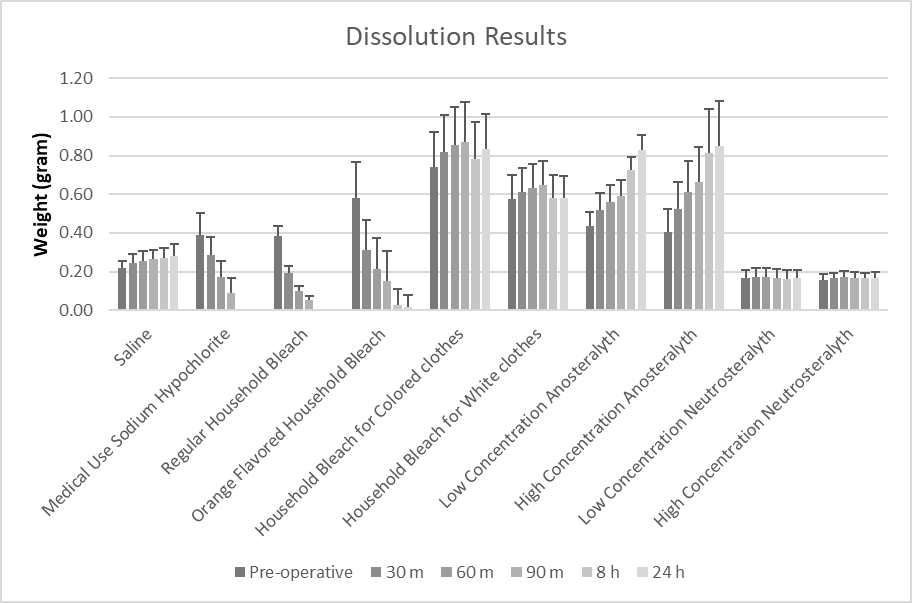 Figure 1: The mean and standard deviation of the weight over time in grams